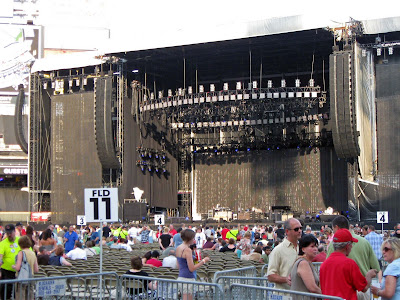 Sir Paul McCartney was in town for one hell of a show! This the massive stage that took over a week to set up non-stop work. I had heard that it took about 30 trucks to haul it here. 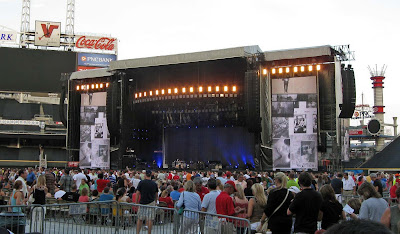 People seem to be coming in from everywhere. 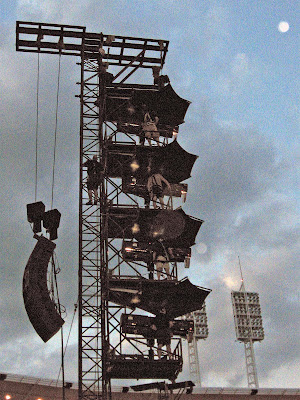 This is one of two lighting towers  that has 4 people manning it. 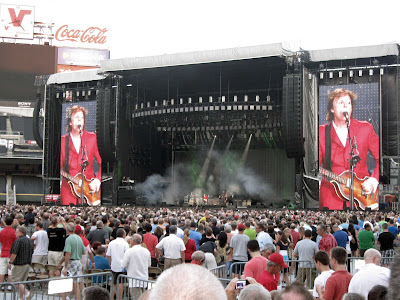 I would say we had some good seats and with those huge screens flanking the main stage, there really wasn't a bad seat anywhere. He did one wardrobe change and that was taking off his red blazer in between songs. He must of switched playing different stringed instruments about 8-10 times and that didn't included several types of pianos as well! 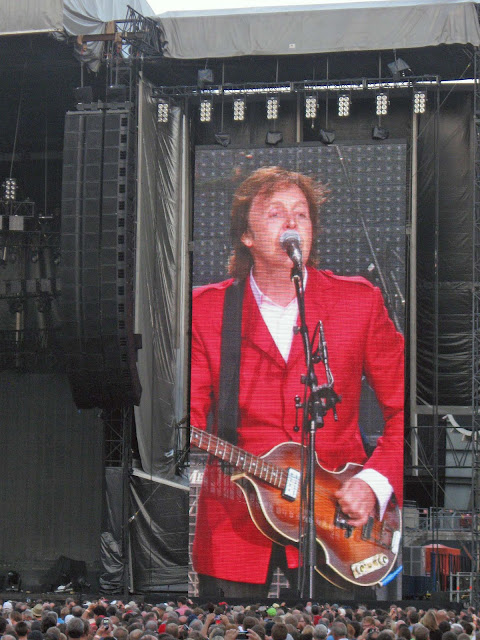 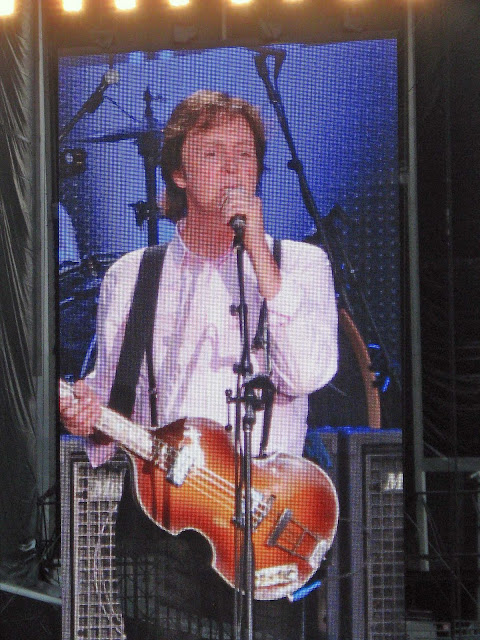 He serenated us for 3 hrs straight and gave tribute to some of his fellow Beatle bandmates. It is hard to believe that this man is 69 years old!!! He was up on stage with the energy of 20 year old! 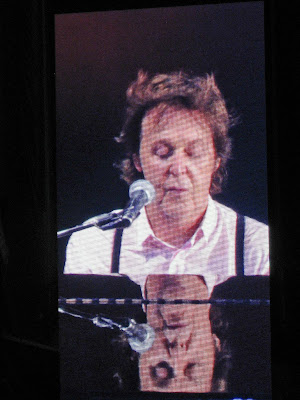 The hubby is a major Beatles fan and that's why I was along for the ride. I've always listened to his music on the radio, but when he began to sing his songs, it's amazing how many great songs he has written. He is quite an artist and legend, and this will probably be his last time performing in this country. 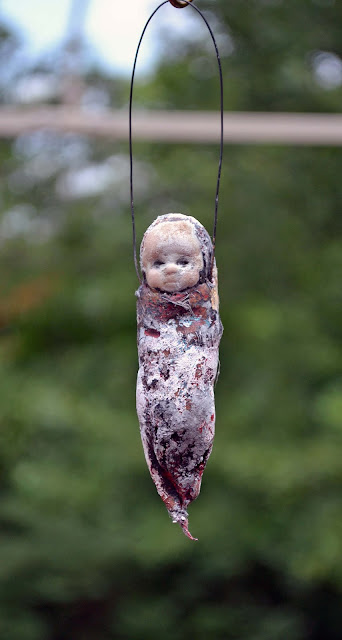 I've been experimenting with making some ornies with plaster and loving all the marks and textures. 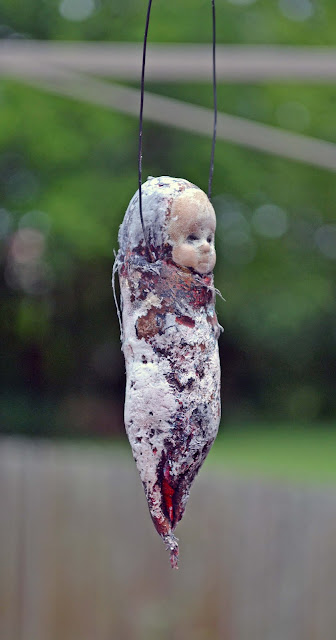 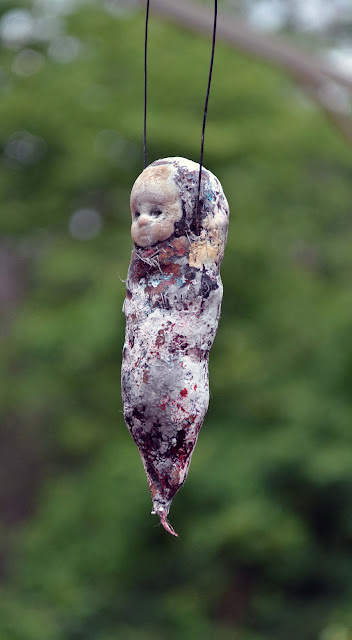 The concert looks like it was great fun, just being in that kind of crowd can make it so exciting!
Your sweet plaster ornies are just fantastic! Great textures with your unique little faces, take care!

I LOVE THE BEATLES!!!!!!! my era. You lucky people. glad you had a great time.x By the way what is an orie? it is gorgeous Carlax lynda

I think these little ornies are fantastic! I love the way you have made them "your own" and know you will enjoy much success with them.