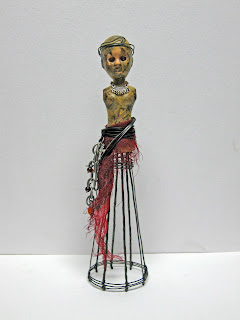 Joan of Arc was a French saint (1412-1431) who lived in France during the time England waged war against France which lasted a hundred years. When all seemed lost for France, God revived the spirit of France through Joan of Arc. 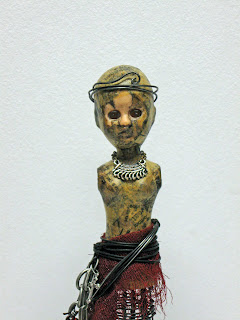 She was the age of thirteen when she first heard the Voices of St Michael, St Catherine and St Margaret. 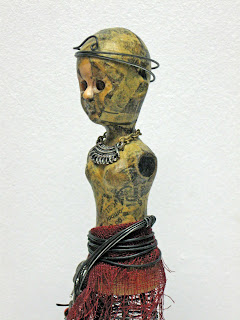 At the age of 16, the Voices told Joan to go to the King of France so that she could help him reconquer his kingdom. She did help him to recover his land and his people. 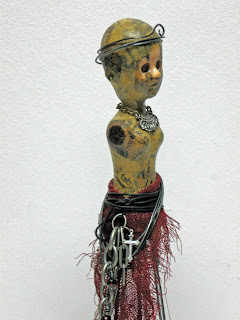 Joan remained with the army and was eventually captured. 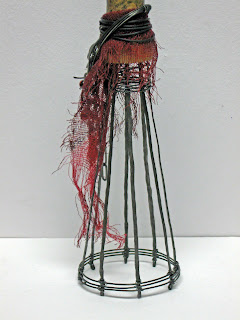 During her trial, her most serious crime was her claim of direct inspiration from God. She was found guilty of heresy and burned at the stake.

Posted by Carla Trujillo at 4:14 AM

Queen of the Tea Cosies said...

Fabulous to discover your blog. LOVE LOVE LOVE all your work. Quirky, great design. It really 'speaks' to me. I'll be watching from now on.

Carla, she's fabulous! I love all your pieces but this one is really special. Great job!

Grand Purl Baa - Thank you for your kind words and for visiting my blog!

Cathy - Thanks Cathy! I had created the wire cage earlier in the year and just couldn't find the perfect top section until now! She is one of my favorites.

Thanks Judith! I was pleased with the end results!