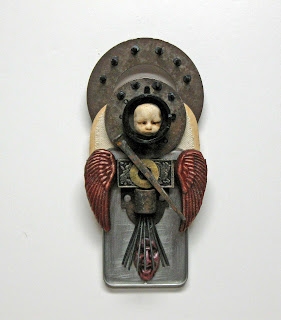 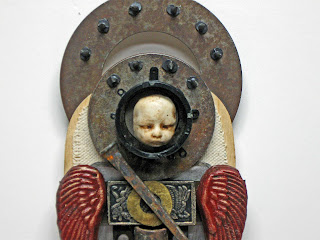 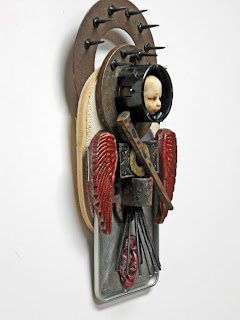 Michael means"Who is like God?!".
Lucifer, who was the most spended of angels, did not like the plans God had of creating man out of dust: that Mary(the mother of Jesus) would have a higher place in heaven than the angels and that God would be born of a virgin and assume our lowly nature. Lucifer and his pride couldn't accept the humility of God. So, thinking he was better than God, Lucifer rebelled against his Maker.
St. Michael and the holy angels fought Lucifer and his unholy angels, casting them into hell.
St. Michael, defend us! 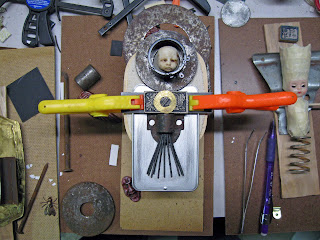 I had received this beautiful religious card from a fellow Cursillo member a few months back and it had the picture of Michael the Archangel on the front and his story on the back and I just fell in love with it, so I wanted to create an assemblage piece based on him. The whole piece came together quickly but adhering is another story. I am a procrastinator when it comes to adhering a piece together. Plus I get very discouraged when I use products that just don't do a good job of adhering. So, my hubby had introduced me to a two part epoxy he has been using for years and he claimed that he mentioned it to me a few years back and I just wasn't listening. Well, I am listening now and the stuff is great!! It is called J-B Weld and I bought it at Harbour Freights(I think craft stores and hardware stores carry it too). When the parts are mixed, the color of the adhesive is grey.
I still use E6000, but J-B Weld is used especially for small items that just have a hard time adhering and staying put!
When I finish getting this piece together, I will post it with the story about St. Michael.
Posted by Carla Trujillo at 7:42 AM 3 comments: 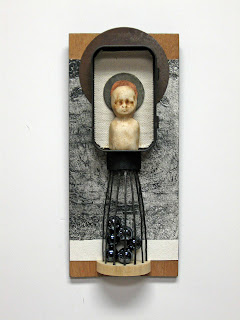 I had this mixed media piece(unassembled) sitting around for a while, so I finally found the drive to finish it. It originally sat around with arms hanging about, but when I kept trying to add them in they just didn't seem to go. The grey/black back ground image is one of my old collagraph prints. Contained within the caged like skirt are black marbles. 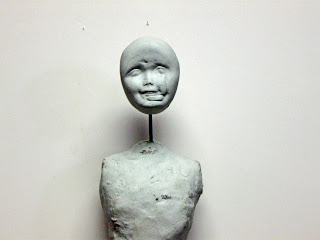 The dolls were made for a juried Barbie Redux Art Show being hosted by Patricia Anders at The Ten Women Gallery in Venice Beach, Calif. Barbie turns 50 this year and to celebrate her big year, Tricia came up with this great idea to host an altered Barbie Doll Show. Anyone can submit for a small fee. For all the details on the show, check out Tricia's website!

With intentions to use them some day, I had purchased some Paverpol and Apoxie Sculpt at the beginning of the year and let it sit around until now. Both products are just wonderful to work with!! All the dolls created for the show were done with these two products. I had decided to make four dolls to submit for the show and all but one has worked out. She still may be salvageable. 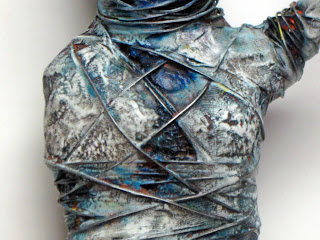 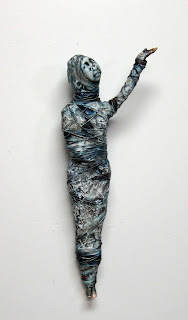 I have been working with wire for a while now and wanted to somehow incorporate it in to the dolls. Doll number four is the only doll that I haven't used wire on. Yet! 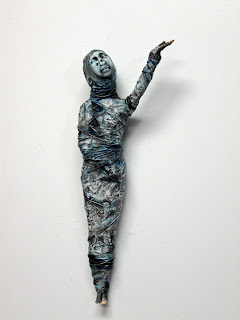 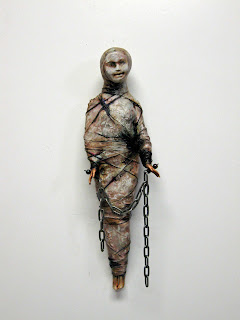 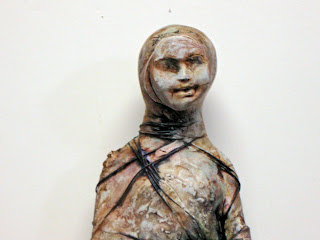 I tried to leave the dolls original face intact but it just didn't work out that way. It didn't seem to fit with something so sculptural. So, the only original parts still visible on dolls one and two are the feet and hands. Doll number four had her arms, lower body section and head removed, however, I did reattach her head. 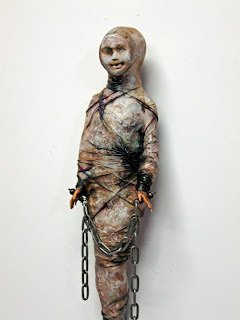 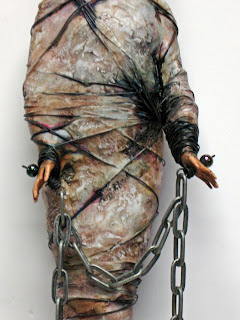 Posted by Carla Trujillo at 6:23 AM 6 comments: 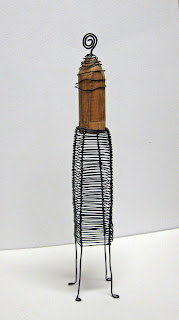 Well, it seems as if I have too many projects in the works. This doll had me stumped after I wire wrapped the bottom section last year, so I walked away from it for a while and I'm just now in the mood to finish it. A head and arms will be attached as well as some type of small animal. It should tower about 15" after it is complete.

Posted by Carla Trujillo at 7:33 AM No comments: